Ohope Beach School is a Primary School located south of Whakatane in the Bay of Plenty with a roll of approximately 350 children.

After a long period of investigation of a range of options for the school, a Master Plan for significant Redevelopment of the existing site was agreed, and the Design process commenced in earnest late in 2015.

A number of the school buildings were affected by weather-tightness and other dilapidation issues, which were exacerbated by the site being prone to flooding during 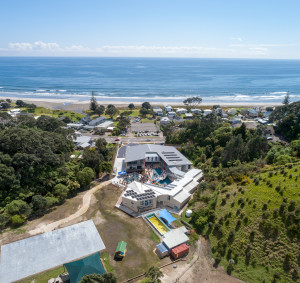 A large portion of the school was operating from ageing prefab buildings, many of which were in a very poor state of repair have been demolished. The main admin block and 2 teaching blocks were also demolished and a new 2 storey block with 12 new teaching spaces, Administration facilities and a library was constructed and completed in May 2018.

Substantial site civil works was also carried out to reduce the risk of flooding during severe rain events.

PCG Solutions was involved with this site right through the feasibility / options investigation stages and as the Consultant Project Manager engaged by the Ministry of Education we lead this circa $14 million redevelopment from concept and feasibility work right through to final completion in early 2019.

This entry was posted in Featured Projects. Bookmark the permalink.